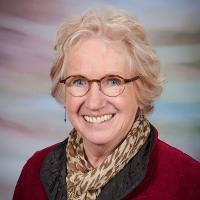 Judge Trainer for all Halter Certifications

Sara Jane Maclennan has been an AOA Certified Judge since 2005, and is a Judge Trainer for the Judge Apprenticeship Program. She has judged both halter and fleece shows across the United States and Canada. Sara Jane is committed to a fair and thorough examination of all alpacas entered in shows as well as clear oral reasons for placement.

Breeder education is Sara Jane’s prime objective both in judging and in working with breeders. She has taught many seminars on breeding strategies, selection, and fleece evaluation, and conducted numerous herd evaluations. To promote alpaca health, she has raised significant funds for the University Veterinary Hospitals in both Colorado and Kansas.

In 1971, while living and working in South America, Sara Jane encountered her first alpaca herds. She and her husband Hugh began Dundee Farm in 1996. They designed and built their farm beside the foothills of the Rocky Mountains in Sedalia Colorado, where they stand several huacaya studs.

Sara Jane is an urban designer and has spent her professional career working on large scale downtown revitalization and transportation projects in the United States, Canada, Eastern Europe, and Asia.