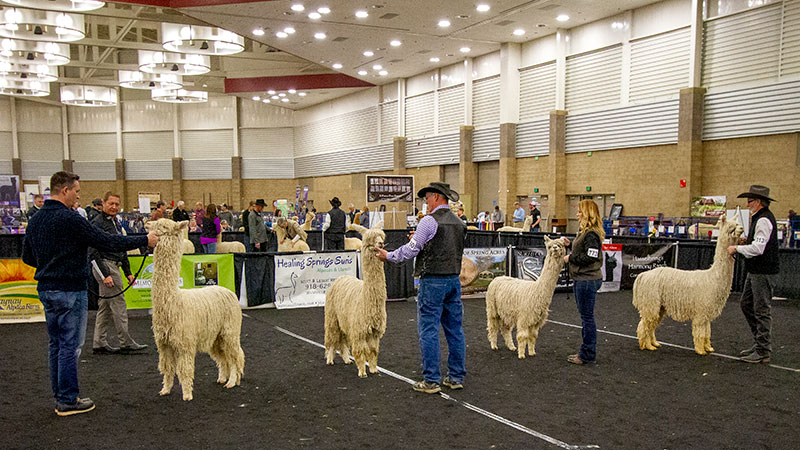 While Bovine Viral Diarrhea Virus (BVDV) has not been in the news recently for the camelid community, that is not a bad thing. BVDV is an acute or chronic viral disease in alpacas that causes abortion, fetal death, decreased appetite, and/or a high fever. Persistent infections in newborns are one of the biggest concerns with this disease. Persistent infection occurs when pregnant alpacas are exposed to the virus and the virus incorporates itself into the developing fetus. When the cria is born, it then constantly sheds the virus through most of its body’s secretions (urine, feces, and saliva) for the remainder of its life. If one has a persistently infected cria on the farm, all animals in contact with this cria will be exposed to the virus and have the potential to become infected. If the persistently infected cria comes in contact with pregnant female alpacas, the cycle continues.

The camelid community has been very proactive in identifying the persistently infected animals and not allowing them to come into contact with other alpacas by requiring a negative PCR (polymerase chain reaction) test prior to entry at any show. This has been accomplished through an emphasis on testing, brought about by a requirement of a negative BVDV test to show an alpaca. This proactive step has been very instrumental in limiting the spread of this disease in the alpaca community. Many in the cattle industry have commended the alpaca community on the quick response it has taken to limit this disease in alpacas, which has taken such a toll on cattle.